There has probably been continuous settlement in the Rovaniemi area since the Stone Age. Periodic clearances of new land for agriculture and the practice of slash-and-burn cultivation began around 750-530 B.C.
One cannot talk about the people of Rovaniemi until the time when the area was first given its name. The oldest surviving instance of the name in writing dates from 7th September 1453, although the name must have been in existence much earlier. The word Rovaniemi has often been considered to be of Lappish origin, as “roavve” in Saami denotes a forested ridge or hill or the site of an old forest fire.
The central location of Rovaniemi at the confluence of two major rivers has made it a natural centre for Finnish Lapland.  The longest river in Finland, Kemijoki, connected the town to the sea. The construction of roads started in the mid-19th century and in the beginning of the 20th century the railway connection was opened. Today Rovaniemi has a busy and well-operating international airport, too.  In 2009 there were over 300 000 passengers.
In the past few decades Rovaniemi has grown into a busy and active town.  The population of Rovaniemi is more than 63 000. Three percent of the population earn their living from primary production and 14 percent are employed by the service sector. The vast majority of people work within the service sector.  The growing industries are the travel industry, retail and services, creative industries and industries related to cold and winter technologies.
Travel industry has grown strongly in Rovaniemi. More than half a million visitors come to Rovaniemi each year.  The unique location of Rovaniemi on the Arctic Circle has attracted visitors from all over the world. Two thirds of them come in wintertime and two thirds of them come from abroad.  Most of the visitors come from Europe but the share of Asian tourists is growing fast.
The biggest attraction is still Santa Claus, but the growth of tourism is largely based on the programmes offered by the area’s activity services as well as the seasonal events in Rovaniemi.  These past years have been extremely good regarding the Northern Lights.

Rovaniemi is the educational center of Lapland and there are two universities located in Rovaniemi.  The University of Lapland is the northernmost university in Finland and in the European Union.  The University of Lapland is a multidisciplinary institution whose areas of expertise include Arctic affairs and tourism research.  The four faculties of University of Lapland are Law, Education, Social Sciences and Art and Design. Arctic Center is a part of the University of Lapland and it conducts multidisciplinary research in changes in the Arctic region.
Rovaniemi University for Applied Sciences has six fields of education; Business and Administration, Forestry and Rural Industries, Health Care and Social Services, Sports and Leisure, Technology, and Tourism and Hospitality Management.
Rovaniemi forms a unique combination of town services and surrounding Lappish nature. The main attractions in Rovaniemi are the Arctic Circle, Santa Claus, Santa Claus Village and Santapark.   The most remarkable and unique cultural attractions in Rovaniemi are Arktikum, Korundi House of Culture and Pilke Science Centre.
The most significant exhibition entity and museum is Arktikum.  Arktikum hosts exhibitions both of the Arctic Centre specialising in arctic peoples, nature and culture and of the Lapland Provincial Museum displaying the history of Rovaniemi and the Sami.  Korundi House of Culture hosts the exhibition of Rovaniemi Art Museum and a music hall for Lapland Chamber Orchestra.  Another brand new attraction is Pilke Science Centre which tells the story of sustainable use of northern forests.
Rovaniemi is without doubt one of the best-known winter sports resorts in Finland. In the heart of the city, there is the arctic wellbeing center of Ounasvaara, with a ski center and other outstanding sports and educational facilities. Sport technology and education have a strong presence in Rovaniemi.   Olympic Training Centre Rovaniemi – Santasport Sports Institute – provides a wide variety of training services and serves athletes with top quality training facilities to meet the requirements of world-class sports.

Rovaniemi is an Arctic meeting place for international companies, students, young people, sportspeople, artists, researchers and tourists. The people of Rovaniemi have constructed a partnership network and cultural exchanges with different regions, the purpose of which has been to reinforce the diversity of peripheral regions and to develop a dialogue with centres and remote areas. 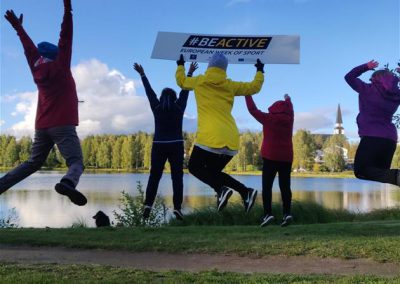 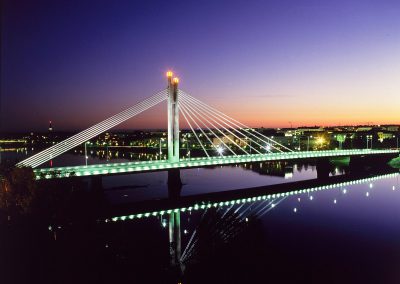 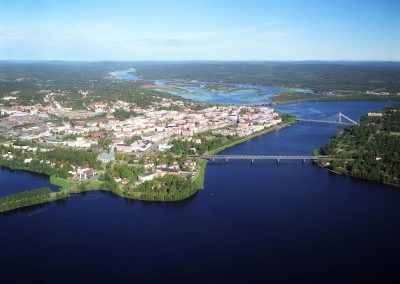